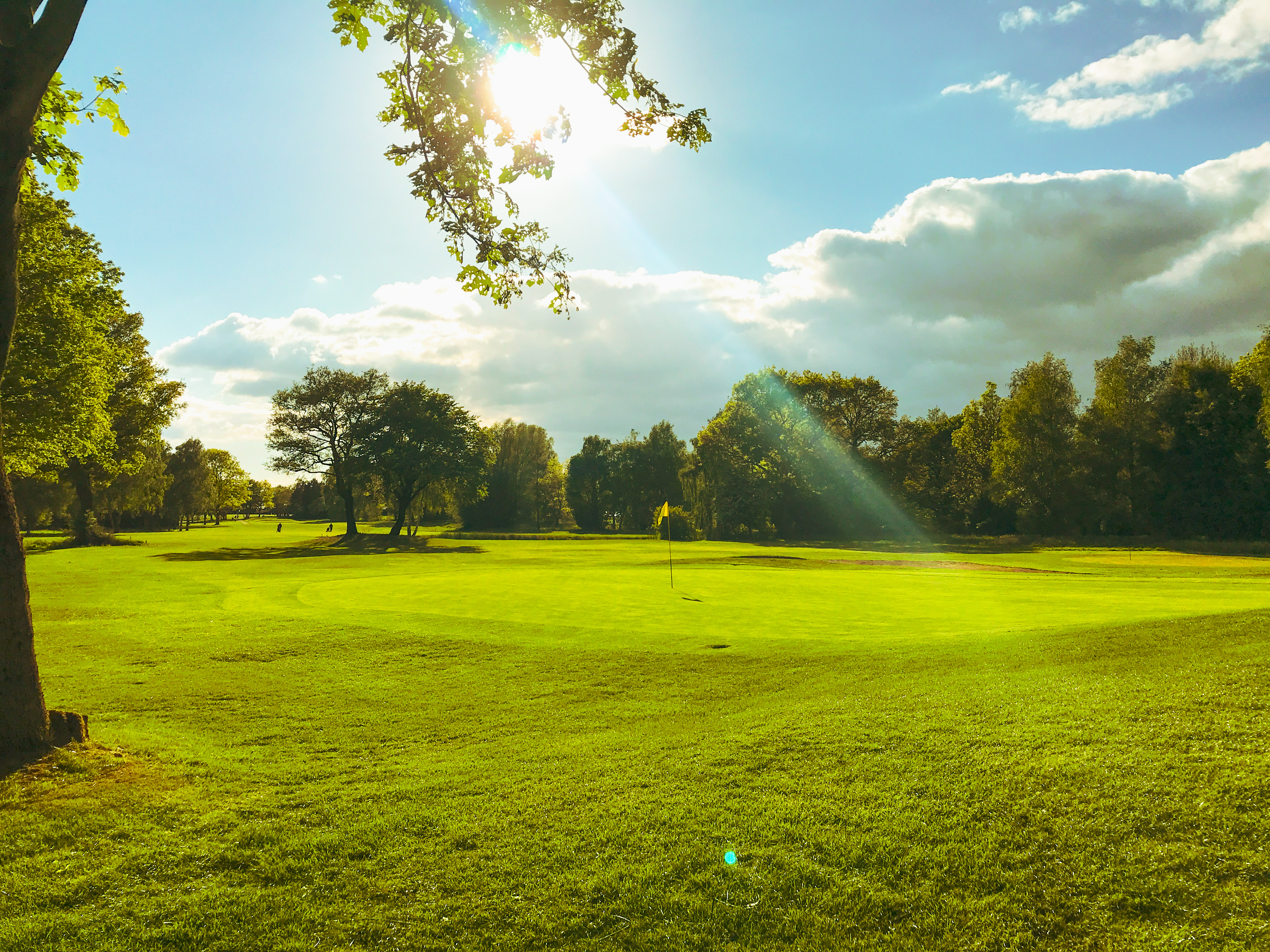 Teetimes
Guests
to the homepage

Exclude
are defined by white stakes.

Biotope out
White stakes with green top on the left side of the lanes C4 and C5 indicate a biotope out with a ban on entering according to the house rules. If a player's ball is on the court and the stand would have to be taken in the no-entry zone, penalty-free relief must be taken in accordance with Rule 16.1b.

Penalty Area
All penalty areas are marked with red stakes. The boundary of the Penalty Area is defined by the line between adjacent red posts. If it is known or almost certain that the ball is in the Penalty Area, the player may take relief with a penalty stroke from the old spot or either within two club lengths of the last crossing point on the boundary no closer to the flag or any distance back on the line between the flag and the crossing point.

Relief according to rule 16.1b is not granted if only the standing position is obstructed by a hole, leveled molehills or the running path of an animal.

For the protection of saplings(No Play Zone), identifiable by the support stakes and/or ropes, complete relief, i.e., involving the stakes and ropes, must be taken without penalty under the procedure of Rule 16.1b (in the field) or Rule 17.1e(2) (within a Penalty Area).

Overhead Lines
If it is known or almost certain that the ball has hit any part of the overhead lines including the pole, the stroke must be retaken without penalty.

E-Carts
During a round, the player or his/her caddie may not use a motorized cart unless permitted by game management or subsequently approved.

Caddies
Parents are not permitted to serve as caddies in youth betting matches.

100- and 150-yard markers (green and green-white stakes, respectively) and sprinkler covers on fairways are measured beginning green.
Refuges are located on holes/tee A 1, A 5, A 7, B 1, B 6, C 4, C5 and C6.
Please be gentle on the course. Put back divots, remove pitch marks on greens and rake the bunker after leaving.